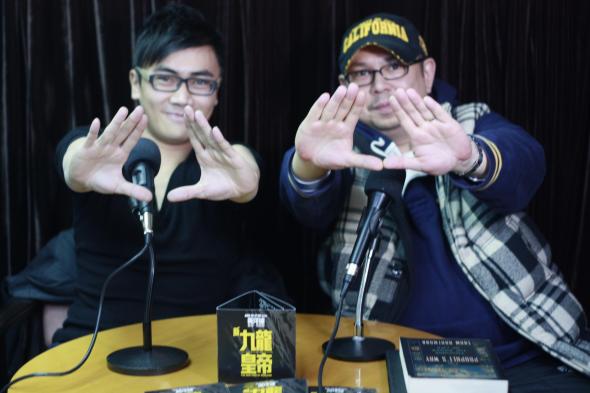 17 一月, 2013 (週四) | Categories: All About An Ideal Utopia | Tags: All Seeing Eye, Black and white grid, Freemason, head of Goat, Illuminati, Inverted pentacle, Masonic Mind Control, Number: 13, Number: 33, The All Seeing Eye [representing Horus (God of Sun in Ancient Egypt)] inside a triangle on the top of a 13-layered-unfinished-pyramid, US Dollar | 發表留言

撒旦的獻祭？2010年美國一百萬人會失踪
Satanic Sacrifices? A Million In US To Go Missing In 2010

Statistics on missing persons in the Unites States are difficult to find, but are appalling. The following missing persons estimates are from the Kyle Fleischman Foundation: 2,300 American people are reported missing on a DAILY basis.

每日有2300美國人報告失踪。
“Human trafficking” is a very real and huge activity world wide. Among other uses trafficked people are a pool of victims for selection for occult human sacrifices. Mary Ann estimated tens of thousands of sacrifices routinely occur world wide on the dates on the calendar. Best advice to the public is know where your pets and children are at all times.
It is estimated that in 2010 over 1,000,000 missing persons will be registered with law enforcement agencies. 814,957 were registered in 2007.
As of December 1, 2007 only 105,229 missing persons cases were considered “active”.
In 2007 only 15.8% of the missing persons cases registered were classified as “located” by the National Crime Information Center.
52% of “active” cases were juveniles. 11% were considered young adults ages 18-20.
55% of missing adults are men, 40% of them white, 30% African American, 20% Latino.
Only in October of 2001 were adults made inclusive of the National Missing Children’s Organizations national clearinghouse database for missing people–this was called Kristen’s Law. Kristin was also a Charlotte, NC native, like Kyle.
Little legislation since Kristen’s law has been initiated by the government to address the growing problem of missing adults cases in our county. No new laws have been enacted and little federal support has been given.

Here is a list of Satanic sacrificial days, which is accurate：：
下一頁開始是準確的撒旦獻祭日的列表：

The Illuminati sacrifice children in rituals eight times a year, “Mary Anne,” an Illuminati defector who had been groomed for high political office, told me Sept 31, 2008 .
I spoke to Mary Anne again last week. She said new and disturbing memories had surfaced. I will present her incredible new information tomorrow evening in “Part Two.”
In preparation, I am summarizing my 2008 interview here for people who don’t have 45 min to listen to it. Much of what she says in both interviews is simply outrageous. I can’t vouch for any of it. But it is consistent with the testimony of other defectors, Svali, Sue Ford and Kathy O’Brien.
http://www.henrymakow.com/000683.html

The Illuminati count on people to be incredulous. That’s their protection. The more egregious their crimes, the safer they are.
Mary Anne sounds convincing to me. Why would anyone defy the most powerful people in the world? The first interview is available here so you can decide for yourself. Also, both interviews, although 14 months apart, are consistent. People who invent stories rarely can keep track of them.

On Sept. 31, 2008 Mary Anne said that tens of thousands of children will be sacrificed that night (the vernal equinox) in Illuminati ceremonies. The children are bred for the purpose or kidnapped. Satanists believe they gain power from killing. Often they rip out the heart and eat a piece of it. They prefer it to be still beating. At Easter, they kill adults.
在2008年9月31日瑪利安妮表示，萬計的兒童在春分當晚將在光明會儀式被獻祭，孩子們是有目的地被飼養或綁架，撒旦教信徒相信他們由殺害獲得力量。很多時他們撕扯童心和吃一塊，他們喜歡它仍在跳動。在復活節，他們殺成年人。
There are also sexual rituals involving young children. They are believed to increase power, and create fear and solidarity in members.Illuminati members live double lives. At night they engage in these Satanic rituals. By day they are found in all walks of life:
光明會員生活雙重身份，在晚上他們參加這些魔鬼儀式，白天他們則散佈在社會各階層：
medicine, education, psychology, therapy, banking, law, law enforcement, government, technology, military, charities and religion.
They are everywhere. The worst are in the news on a daily basis posing as leaders.
They are the elite of Freemasonry. They are generational Satanists, which means you have to be born into it. You can’t join. Their children are evaluated and trained. Mormons and “Nation of Islam” have parallel beliefs, she said.
The world has been divided into ten regions. Different groups are in control of North America. They are related to the Crowns of Europe.
Many Jews have a prominent role but the Illuminati is not predominantly Jewish. Muslim, Christian, Mormon, Wicca, Pagan and New Age groups all play a role.
She said 80-90% of the House of Representatives and %100 of the Senate belong to the Illuminati.
Mary Anne said she was sexually abused by her own family from an early age. In spite, or because of this, she was groomed to be a prominent political figure. She worked closely with many world leaders and was sexually abused by them. She was tortured when she refused to carry out assassinations.
瑪利安妮說她小時被自己家庭性虐待，儘管或由此，她被培養成為一個卓越的政治人物。她密切地與許多世界領導人合作和受到他們的性虐待，當她拒絕行刺時她要受刑。
All religions are infiltrated and controlled by the Illuminati. The Vatican is rotten at the top. The future “Anti Christ” will be a Pope. All countries, including Russia, China and Iran, are controlled by the Illuminati. “You don’t say no.”
The Illuminati is behind the homosexual agenda, AIDS, and the sexual revolution. They foster anything that is in rebellion against the Christian God.

The first responsibility of government is to prevent a perverse criminal organization from taking control.
Our governments have allowed a satanic secret society, the Illuminati, (i.e. the Judeo Masonic central banking cartel) to usurp power. Most of our “leaders” are their appointees or dupes.
Recently a former pilot for corporate bigwigs wrote to me:
“At times I would hear them talk about “the big boys” … Most said that they did as they were told by the BIG INVESTORS [i.e. central bankers] who really ran the show behind the scenes, that they [CEO’s etc.] were just highly paid actors and messenger boys who read a script and made very few decisions themselves.”
Our politicians are analogous. They are the CEO’s of the corporations called countries, soon to be amalgamated into a world cartel.
Mankind is headed in the wrong direction. Our only hope is that, when things deteriorate, the masses will become incensed and demand genuine change.
人類正朝著錯誤的方向去。我們唯一的希望是，當事情惡化，群眾變成憤怒和要求真正的變化。

ROME – Chances are one out of ten that the guy next door is a Satanist!
羅馬-機會是在隔壁的傢伙，有十分之一是撒旦崇拜者！

That’s the shocking conclusion of researcher Dr. James Phillips of Birmingham, England, a British expert in the occult. He says that millions of ordinary citizens are, in fact, Devil worshipers – and they represent a danger to every God-fearing man, woman and child!

“I’m quite certain that it’s at least 10 percent of the population – maybe more,” said Dr. Phillips. “We’re talking about men and women from all walks of life – it’s everywhere.

“I have treated victims of these people and if you listen to what they have to say you will see this is a major problem.

“The terror of the victims is incredible. They are too frightened to speak out, and if they do they’re written off as cranks.”

Phillips’ astounding estimate indicates that as many as 25 million Americans are worshiping Satan, and that means that most of us come into contact with Satanists every day without knowing it.

The good news is that there are ways to identify a Devil worshiper, so you can avoid them and protect your family.

Here, according to experts in the occult, are some of the surefire signs of Satanists:

1. They come and go at odd hours, especially late at night and just before dawn.

3. They often have no visible means of support, yet live well.

4. They carry strange bags and bundles, never revealing the contents.

5. They rarely laugh, or laugh under the wrong circumstances – for example, when a child is hit by a car.

6. They are often openly interested in magic tricks or the occult.

7. They may excite instinctual fear in children and animals.

8. They are not afraid of blood – in fact, they seem attracted by it.

9. They collect weird things, such as animal skeletons or fingernail clippings.

10. They tend to dress warmly even in hot weather, as if they constantly feel chilled.

12 一月, 2011 (週三) | Categories: All About An Ideal Utopia | Tags: All Seeing Eye, Freemason, head of Goat, Illuminati, Inverted pentacle, Magen David (a hexagram formed by two triangles overlapped), NWO, Pyramids, Skull and Bones, The All Seeing Eye [representing Horus (God of Sun in Ancient Egypt)] inside a triangle on the top of a 13-layered-unfinished-pyramid, US President, Zionism | 發表留言

戈爾巴喬夫的調解員和共濟會的世界政府是喬治索羅斯──金融交易商和以色列情報人員。他開始了所謂的索羅斯基金在1987年在莫斯科。 1990年，他贊助的項目「500天」，這破壞了蘇聯經濟。
(原文節錄自henrymakow.com
Gorbachev’s mediator with Masonic world government was George Soros – financial dealer and Israeli Intelligence agent.  He started the so-called Soros Fund in Moscow in 1987.  In 1990, he sponsored the project “500 days" which ruined the Soviet economy.
翻譯by何新)

2 一月, 2011 (週日) | Categories: All About An Ideal Utopia | Tags: All Seeing Eye, Black and white grid, Columbia, Freemason, Illuminati, Illuminati Handshake, Inverted pentacle, Number: 13, NWO, Right-angle ruler and compass, Roman numerals 1776 (Independent Year of USA) at the bottom of the pyramid, Secret Symbolic Language of NWO, The All Seeing Eye [representing Horus (God of Sun in Ancient Egypt)] inside a triangle on the top of a 13-layered-unfinished-pyramid, US Dollar | 發表留言